The Nexus 5 was the last of Google’s phones to support video output over a wired connection (remember SlimPort?), but some have continued to hold out hope for the feature. While it doesn’t come as much of a surprise that the Pixel 4 still doesn’t support wired video output, one interesting fact about it has been discovered: it seems to be disabled in software.

A commit has been found in the Android source code that disables DisplayPort over the USB Type-C port in the Pixel 4. The commit message simply reads, “Disable DP function.” 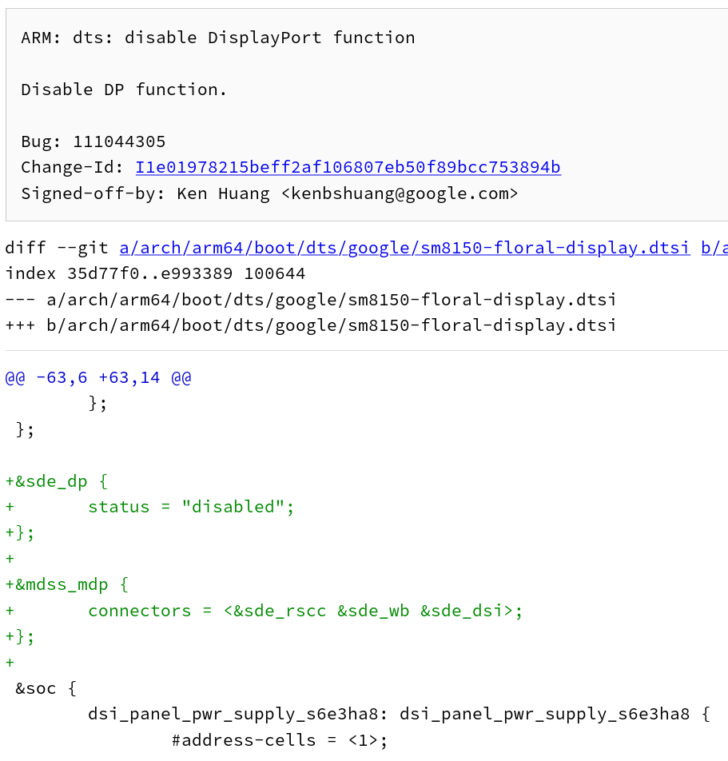 Now before you rush to the comments to make a “Google just wants people to buy Chromecasts instead of cheap 3rd-party cables!” remark, there’s no telling why the feature is actually turned off. It’s possible video output was never working properly in the first place when the Pixel 4 was being developed, or Qualcomm could charge an additional licensing fee for DisplayPort support which Google was unwilling to pay.

Some were hoping the Pixel 4 would support video output now that Android 10 supports a basic form of a desktop UI, but there was never any evidence that Google would build its own DeX-style feature for the Pixels. A similar instance happened in 2015, when Google drastically improved microSD support in Android, and some believed that the next Nexus phone would have a microSD card slot (spoiler: it didn’t).

We’ve reached out to Google to ask for more information, and we’ll update this post if we get a response.