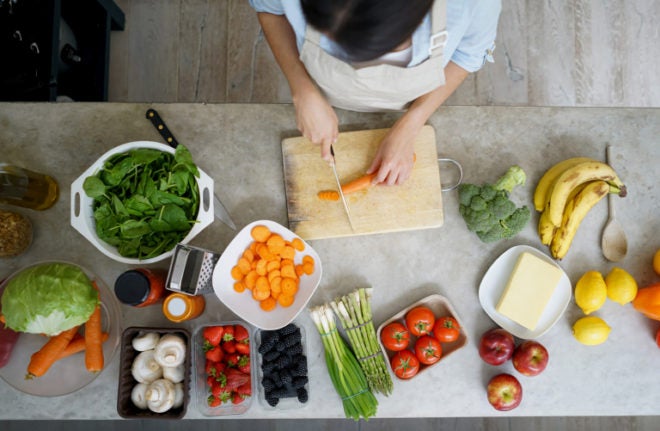 March marks National Nutrition Month in the United States, sponsored by the Academy of Nutrition and Dietetics, to help both adults and children set healthy eating habits, to achieve optimal nutrition and health.

In contrast to recent years, no theme has been set for 2019; instead, National Nutrition Month will be honored as its own theme to give people the flexibility to discover more about health and nutrition in their own way. With this in mind, we’ve rounded up some of the diet trends that are currently generating buzz and their health claims.

The save the world diet

Those who are concerned about the environment as well as their own health may be interested in the “save the world diet,” created by a team of experts as a sustainable eating plan to feel a global population of 10 billion, which the earth is expected to reach by 2050, while also helping to control climate change and prevent millions of premature deaths each year from eating an unhealthy diet. Omnivores will be relieved to know that meat is not off the menu, although if you embark on the diet you will be expected to cut down to just 14 grams of red meat a day and 29 grams of chicken, or have 28 grams per day of fish, with the emphasis instead on beans, pulses, and legumes, fruit and vegetables, and carbs, along with 50 grams a day of nuts, dairy equivalent to one glass of milk a day, and around one egg a week.

This isn’t a diet as such, but many experts have suggested recently that adding insects into our diet could be a more sustainable source of protein, helping to replace meat, as well as being a good source of vitamins, minerals and fats. A small U.S. study found that eating a breakfast of muffins or shakes made with cricket flour could increase a metabolic enzyme associated with gut health, and decrease an inflammatory protein linked to depression and cancer. However, a recent study also found that only 26 percent of Britons surveyed in the study reported they would consume edible insects, despite researchers noting that insects are also good for the environment, requiring less land and emitting 99 percent fewer greenhouse gas emissions than livestock such as cows.

If you’re feeling less brave but still want to boost your health, then opt for the traditional Mediterranean Diet. Although it’s been around for years, due to being the staple diet of many living in Greece, Southern Italy and Spain, the diet shows no signs of slowing down in popularity as one of the healthiest to follow. Recent studies have linked the diet, which is rich in fish, fruits, nuts, vegetables, beans, and olive oil and lower in meat, dairy, and processed foods, to a lower risk of stroke, a longer life, and a lower risk of the eye disease age-related macular degeneration (AMD), a leading cause of blindness in the United States.

As concerns about the environment, climate change and animal welfare grow, so does the number of people giving up not only meat but all animal-based products, making the vegan diet one of the most popular at the moment. But although it’s better for animals, how healthy is it for humans? There is a growing body of evidence which suggests that going plant-based at least can have a positive effect on health, helping to control type 2 diabetes, and lower the risk of obesity and cancer, and lower cholesterol, while a recent study also showed that a vegan diet could be more effective at boosting beneficial gut hormones, regulating blood sugar, feelings of fullness and weight than a diet that includes meat and cheese. However, cutting animal products out all together can in some cases lead to deficiencies of certain vitamins and minerals, such as omegas -3 and -6, zinc, and iron, so make sure you are getting all you need from other sources.